6 Steps to a Profitable Kitchen

I am sure you will agree that the food in hospitals is an ongoing topic;  with reference to stodgy, barely edible, ‘stews’ meals gone cold and the list goes on.  Certainly those days of the cold or ordinary hospital food are numbered, with plans for public patients to be offered better food along the lines of a gourmet feast.

Also with Private Health cover comes a higher expectation of what we should get for our stay in hospital, not in the least is the meal provided.  Private hospitals even provide selections of wine with a choice of delicious menu items that can resemble fine dining at restaurants.  With this expectation, comes the responsibility of the hospital kitchen chef to create and provide high quality food along with the nutritional value as demanded by the hospital dietician.  To help and ease the stress of the kitchen chef and staff, one of the most important aspects that the hospital could provide, is to have a kitchen that is well thought out and designed for efficiency with the least running cost.

The design of a kitchen starts with the “Brief”. This brief is a Masterplan document, usually written by a recognised kitchen manager or from independent foodservice consultants in collaboration with the user group.  Generally, the brief outlines the high level requirements of the meal production and the strategy the hospital group will adopt.

Included in the brief will also be the method of delivery for the model, such as

Other requirements such as

This step is important to lay the foundation for meal services for the hospital group.

At FCA, we use the Brief to form the conceptual layout of the kitchen zones.  This is formulated in a systematic process by determining the spatial requirements and the internal relationship process of each working zone to maintain a smooth and efficient flow.  The flow of incoming of raw produce to outgoing of cooked food is mapped out to be in a one-way directional flow to avoid cross contamination or double handling.  The same goes with the incoming of dirty wares/trolleys to the clean holding area, ready to be used.  Separation between soiled and clean zones is crucial.  At this stage, the user groups are never far from the design process, and are constantly providing input and reviewing the schematic development of the kitchen.

The schematic design will need to be efficient and this generally contributes to the kitchen being able to work with minimal number of staff.  It is a crucial part of the design where a less efficient kitchen might still work well but may require additional staff and consequently increase the meal cost.  In this competitive world, this world mean limiting the food offering and to some extent the quality of the food produced.

By the end of the schematic design stage, the general flow and size of the kitchen would be determined.  The next stage would be to develop the design.

During the design development stage, the layout is further developed and tabulated with equipment.  With continued coordination in conjunction with the lead architect, detailed CAD drawings will be provided in tandem with the schedule of equipment that identifies all of the Mechanical, Electrical and Plumbing loadings for the appliances.  This information is critical in assisting all other consultants within the design team to establish and size the likes of electrical distribution boards, gas lines and waste systems etc.  All structural impact such as coordinated.  This stage is important to ensure that all ‘arteries’ and ‘veins’ into the kitchen are coordinated and considered well thought of prior to construction.

This stage is very often known as the Tender Documents Stage, subject to the lead architect project administrators phasing.  With our in-house expertise in CAD and engineering, FCA coordinates the specification and elevations of all the cold rooms, production, cooking banks and preparation work zones to provide a very clear picture to the hospital user group of what to expect at each and every work station and also clearly identifies to the tendering builders their extent of fit out works.  This is also the stage of which FCA determines the fabrications standards especially the stainless steel fabrication such as work benches, sinks, shelves, etc.  This is to ensure that the completed fit outs is in accordance with intended life span required for hard wearing hospital durability.

In a hospital environment, the kitchen generally only gets refurbished after 20 years or so.  With this in mind, FCA will always include modern innovation in the design to create a state of the art kitchen that will last for decades.  This includes innovation that will reduce running cost and also be green to the environment.

Secondary refrigeration system is an important innovation that hospital kitchen should adopt for the running of all cool rooms and refrigerators.  Traditional HFCs refrigerant (such as R22, R314, R404, etc) has come under heavy criticism due to their high global warming potential.  The current carbon tax has also almost tripled the price of refrigerants.  With the secondary refrigeration system, a secondary medium such as glycol is pumped under low pressure to chill the respective cool rooms and refrigerators.  Due to the system running on low pressure, it has a very low maintenance requirement.  Leakage could easily be rectified in their system.  This secondary system would then be chilled by a localized primary system using CO2 or Ammonia instead of HFCs.  A bonus for this system is that depending on the size of the refrigeration system; a heat exchanger could be integrated to transfer the heat rejected from the refrigeration system to preheat the water for the hot water system.

Another great saving for the hospital is the use of engineered solution exhausts system, whether it is a canopy or a ventilated ceiling, coupled with a variable demand system.  The variable demand system measures the cooking activities (steam, smoke and exhaust air temperature) which is then used to regulate the amount of exhaust required.  This essentially has significant savings in fan energy use, maintenance and fan life, not to mention the saving from the significantly reduced amount of treated supply air to the kitchen.  Potentially this could be a saving of up to 70% on the energy bills!

Other examples of innovations that FCA will look at are a vacuum waste system to transport waste from the kitchen to the garbage room to reduce labour and eliminate cross contamination, organic digesters that will convert food waste to nutrient rich fertiliser for garden use, and electrolysed water used for washing and sanitising and therefore replacing the need for chemicals in the kitchen.

No design will be complete without the appropriate training given to the staff on how to run the kitchen efficiently.  Once the kitchen staff have learnt the process and also the capability of the kitchen design, productivity and efficiency in running the kitchen will follow suit.  This consequently allows the chef to have more time to be liberal and creative with their meal offer and thus improve the meal experience in the hospital

At FCA we are doing our best to enable the hospitals that we are partnering with, have all the appropriate tools for chefs to work with.  The design philosophy that FCA adopts will also look at reduction of recurring running cost to the hospital and be environmental friendly.  The idea for this is to remove the worries of the running cost of the kitchen from the chef so that they can focus on their creativity and productivity to produce a good and memorable food experience for patients in the hospital.  We all know that the route to a fast recovery for all patients is a nutritional meal.  By making the meal delicious, half the battle has already been won.

This article was originally published by Hospital Health and written by Andrew Brain the Director of FCA Foodservice Consultants Australia.  FCA have worked together with MEIKO in offering solutions for Hospitals & Healthcare as well as restaurants. 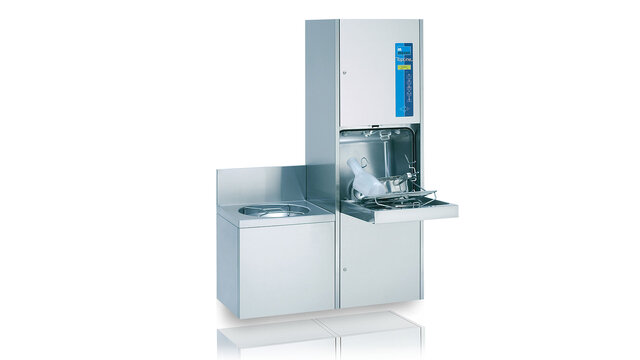 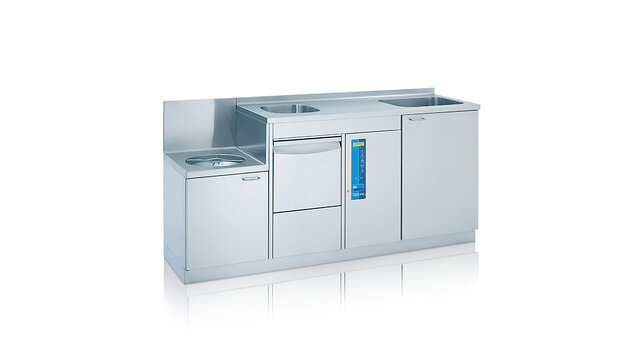 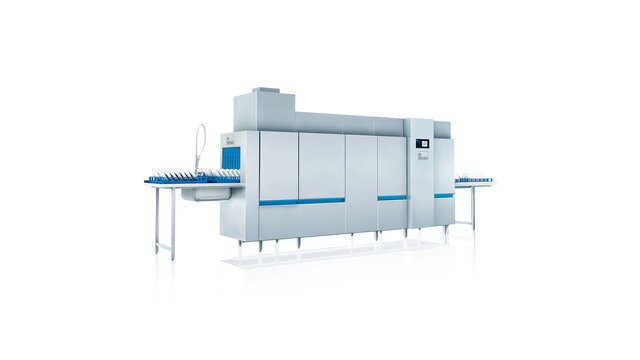 The latest high-tech innovation from MEIKO emphasises the company's determination to develop sustainable cleaning technologies that foster a clean environment. The M-iQ rack type dishwasher is reshaping the future of dishwashing!
Show details 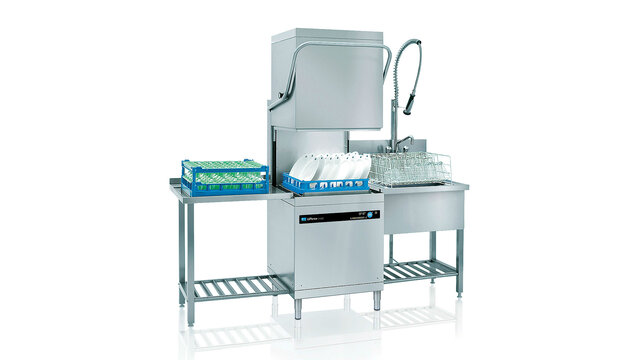