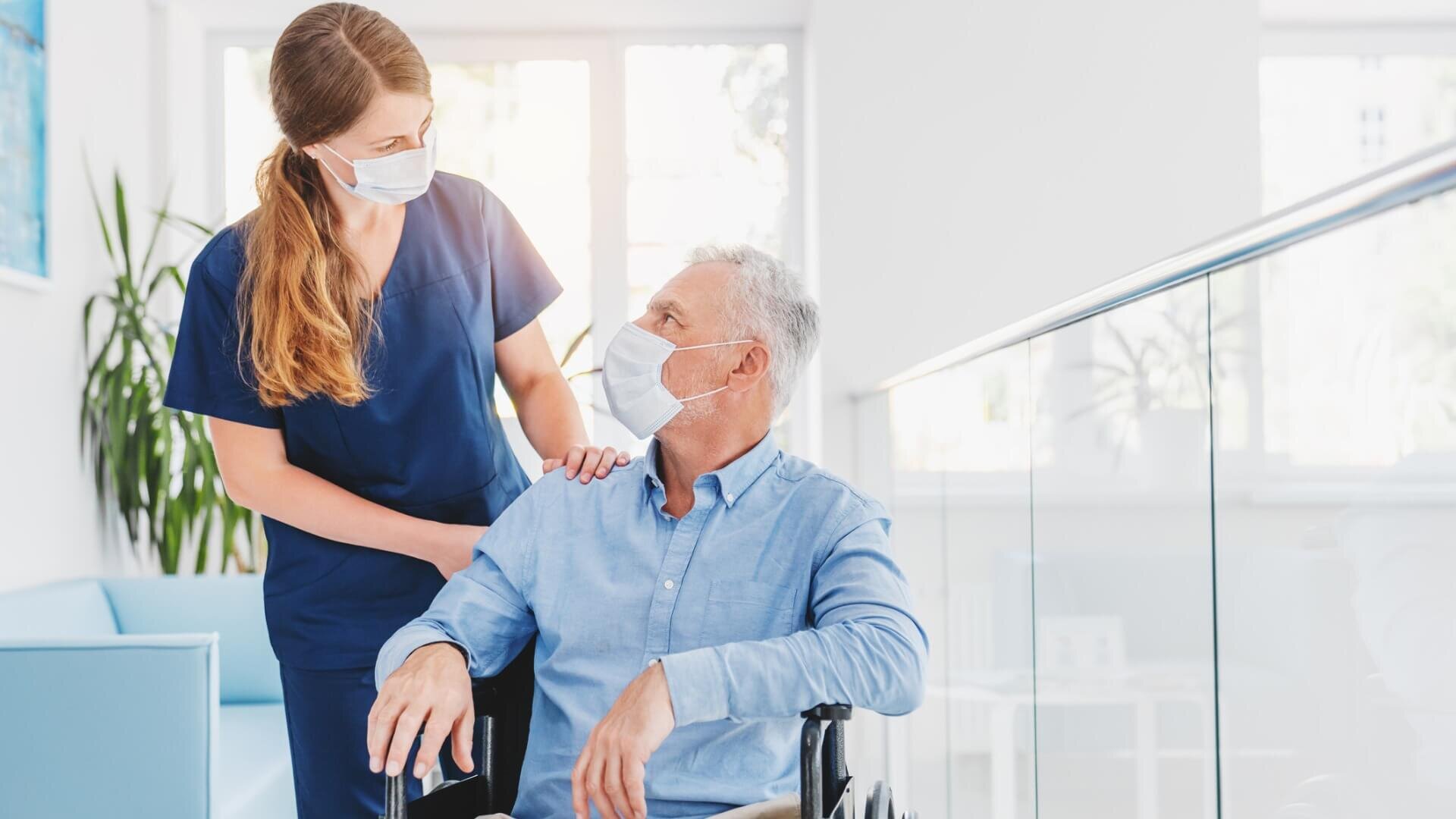 The healthcare emergency caused by the COVID-19 pandemic has drawn more attention than ever to the importance of hygiene and ensuring the health safety of rooms and surfaces in all kinds of environments. This is because reducing the potential for contamination in a room or objects reduces the risk of infection for people – an especially important consideration in medical and other healthcare professions.

Medical and other healthcare workers practise their professions in hospitals, care homes, retirement homes and other clinical environments every day. This results in a constant risk of a range of infections so sensible and conscientious hygiene behaviours are the foundation to improved welfare across all areas. This is especially true in areas where the risk of infection is at its greatest, such as in healthcare facilities.

The focus may currently be on preventing COVID-19 contamination and infection, but medical and other healthcare workers are exposed to many infections on every shift. These can generally be divided into two categories:

• Exogenous, i.e. from outside: person-to-person transmission or passed on via other staff or the environment
• Endogenous, i.e. caused by bacteria within the body.

Alongside coronavirus, there are two main dangerous bacterial diseases among the most common infections which can have a severe impact on the life of the sufferer:

The pathogen Clostridioides difficile is resistant to antibiotics

Clostridioides difficile bacteria are extremely dangerous to humans. This pathogen is characterised by its virulence, which is due to several factors. One of the most important characteristics of this bacteria is that it is resistant to antibiotics. According to a range of studies, Clostridioides difficile alone is responsible for a rate of between 4.4% and 7.3% of the infection cases occurring in hospitals, care homes and retirement homes.

In the case of E. coli, it is particular strains of the bacteria that cause acute disease with severe symptoms ranging from haemorrhagic colitis to urinary tract infections and enteritis to septicaemia and even meningitis.

In hospitals and long-term care facilities, disease-causing microorganisms like bacteria and viruses are spread via a number of transmission routes. In the healthcare sector, infections are mainly spread through the air or through direct contact.

The latter is most common and it applies to any situation where a person touches an infected person or surface briefly or for an extended period. That can mean clothing or appliances, medical devices or any other object that has not been properly disinfected.

Transmission by air can also be called ‘aerosol.’ This term refers to the microscopically small droplets of saliva released into the air when an infected person breathes, speaks, sneezes or coughs. These droplets hang in the air and can infect other people.

In Australia, certain infectious diseases are notifiable conditions. A report should be to health authorities when a diagnosis is made of one of these diseases. According to the Australian Institute of Health and Welfare (AIHW), more than 593,000 cases of notifiable diseases were reported to the National Notifiable Disease Surveillance System (NNDSS) in 2019.

Four infectious diseases accounted for 82% of these notifications to Australian health authorities in 2019: 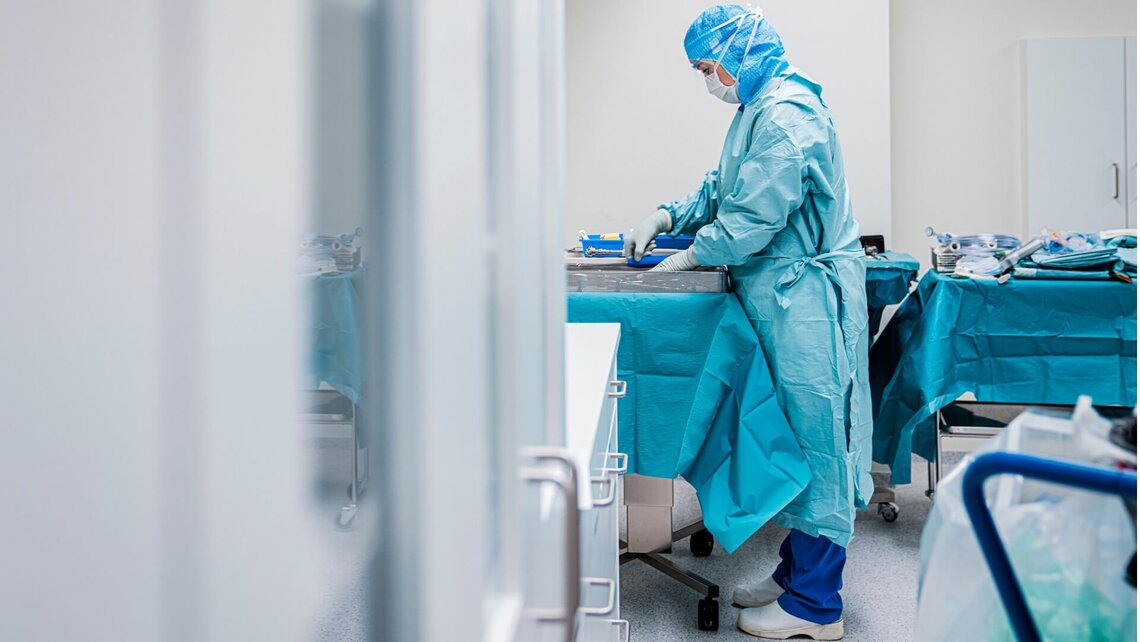 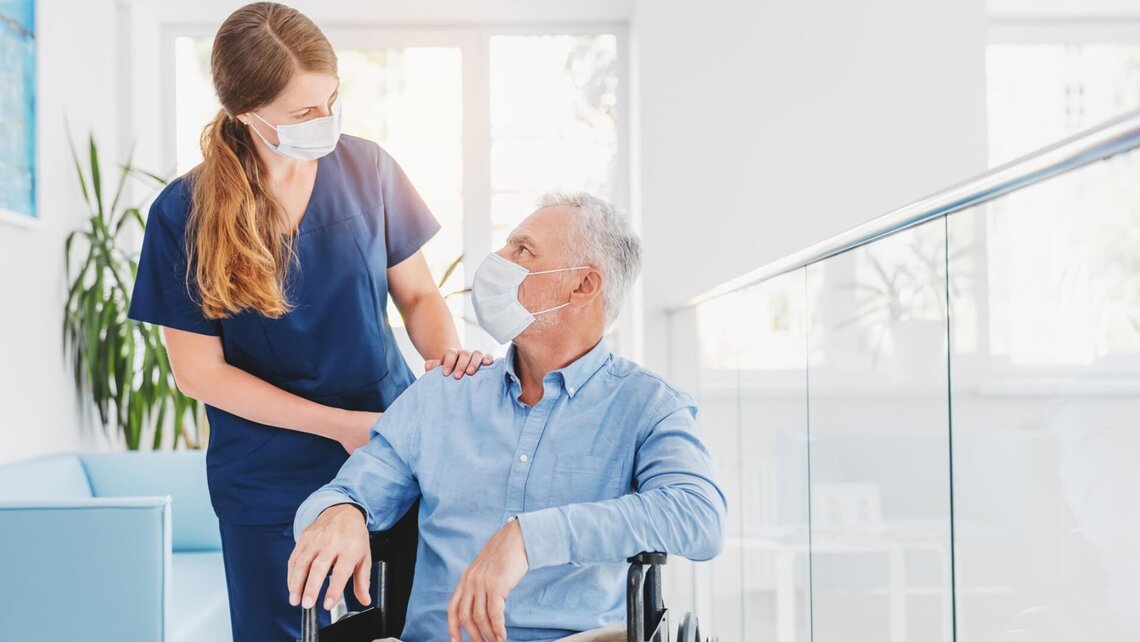 A carer using a mask to protect herself from pathogen transmission 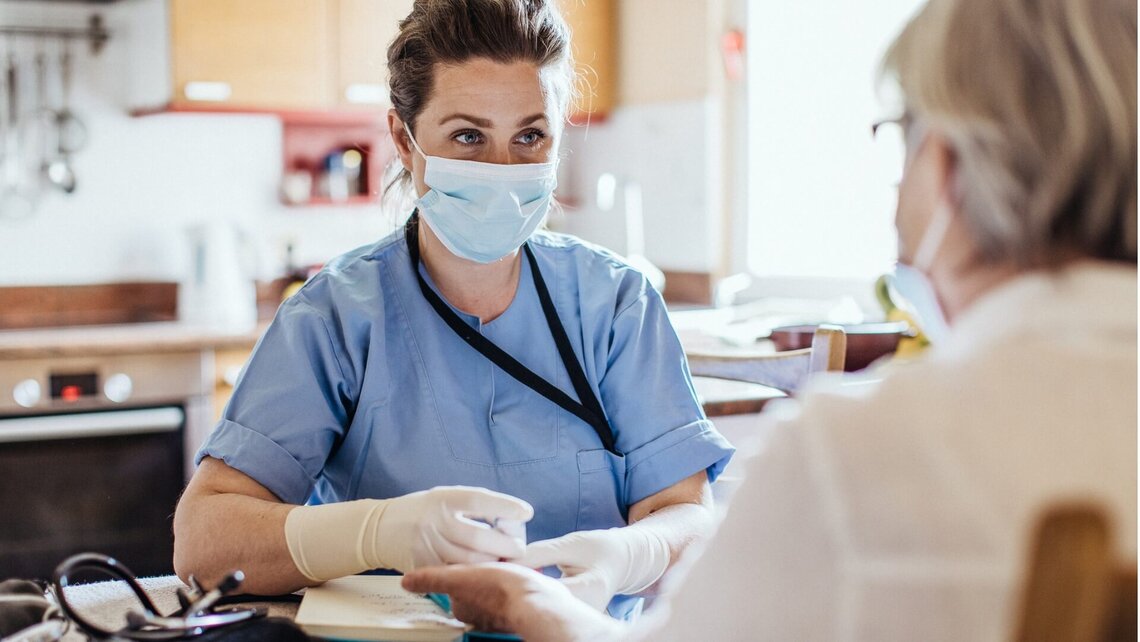 MEIKO washer-disinfectors are in daily use in healthcare facilities like hospitals and care homes, helping to ensure the highest standards of hygiene at all times.

Our experience and innovation are the basis for all of our solutions and the reason why we can channel the highest levels of hygiene expertise into every single one of our products: washer-disinfectors, professional dishwashing machines, complex warewashing systems and food waste treatment systems.

The MEIKO hygiene loop is the result of proper planning and use, and it is how we actively help to reduce the risk of contamination and break the chain of infection – for hygienically safe utensils that can be reused without hesitation.

With features like ThermoControl automatic temperature monitoring, an adjustable A0 value and systematic thermal disinfection, we provide the right solutions even for critical environments. This is how we improve safety and hygiene in these areas. Hygiene reports by virologists and specialist doctors have confirmed the effectiveness of our MEIKO technology.

"This innovative, cutting-edge MEIKO washer-disinfector guarantees flawless cleaning and disinfection, saving care staff valuable time that they can dedicate to their most important task: patient care." 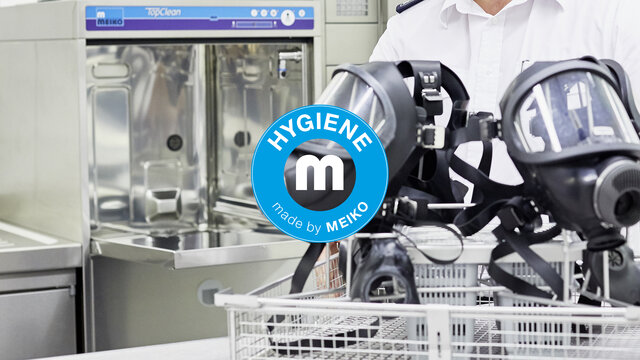 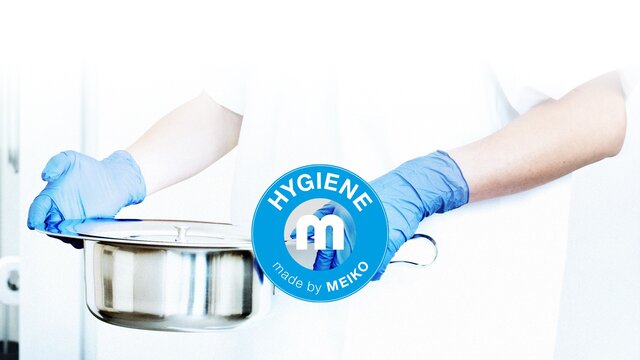 Bedpan cleaning instructions
Cleaning bedpans – step by step. This is how it's done!
Read more